If you are visiting Italy in the New Year or are planning a trip of a lifetime in the summer, there are a few key landmarks you won’t want to miss seeing with your own eyes. Italy is a country that’s rich in history and culture, attracting hundreds of thousands of tourists every year. Italy’s food is also a main attraction, with many wanting to taste the authenticity of the countries pizza and pasta in some of the city’s most iconic locations. With that in mind, we’re taking a closer look at the best landmarks in Italy and the different Italy tours you can embark on.

The Colosseum is perhaps Italy’s most-visited landmark, attracting hundreds of thousands of visitors every year. As one of the country’s most intact structures since the Roman Empire, tourists can enjoy its magnificence from both inside and outside the remains. If you want to avoid the crowds, we recommend visiting in the morning and on a weekday. After your visit, you can take advantage of a range of restaurants closeby to enjoy a quick authentic bite before heading to your next destination.

The Trevi Fountain is considered to be the most beautiful fountain in Rome and it’s not difficult to understand why. Dating way to 19 B.C., the fountain has become one of the most celebrated in the world and is free to admire. Approximately $1.7 million is taken out of the fountain each year from visitors who toss a coin into the water whilst their backs are turned to it. Legend has it that doing so will one day return to the city, fall in love and marry the person you met.

Entrance to the Cathedral of Santa Maria del Fiore is free for all to enjoy though you may be required to purchase a pass to enjoy the other monuments in Piazza del Duomo. Due to this, the cathedral is another highly popular attraction amongst tourists. It was built in honour of the Virgin of Flowers, taking almost six centuries to complete, with its construction finally coming to an end in 1965. To avoid long queues to get in, be sure to arrive in the early morning.

Italy’s Leaning Tower of Pisa is iconic for a number of reasons not to mention its now famous unintended tilt. The tower first began construction in 1173 and took almost 200 years to complete. Just 5 years later, it began to noticeably tilt as the second floor was constructed. This was a result of the foundation of the tower that began to settle unevenly on the soft ground. The Leaning Tower of Pisa continues to lean every year by approximately 1/20th of an inch, increasing the landmarks centre of gravity which prevents it from falling.

The Roman Forum is the last of the best sights in Italy on our list. According to tourists the Roman Forum, otherwise referred to as The Forum, is one of the best sights in Italy that is also one of the most photographed. Conveniently located between the Colosseum and Piazza Venezia, you can easily walk between attractions whilst enjoying the hustle and bustle of the city. So, if archaeology is your thing, you certainly won’t want to miss out on the best landmarks in Italy.

There you have it! Some of the top best sights in Italy that are a must-see if you are visiting the country any time soon. Why not enjoy embarking on one of many private tours of Italy or Italy hiking tours whilst you’re there, too. You definitely won’t be disappointed! 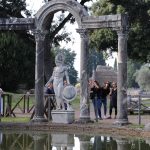 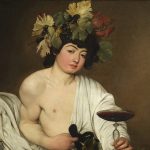 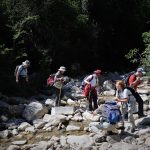 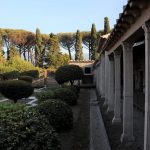 Italian adventures organizes tours to experience cultural immersion into Italy and its history by delivering high quality, fully organized, multi-day tours that will bring inspiring stories and adventures to tell at home.

What our travellers say about their trips to Italy

Ryan Withey and Andrea Brockman
Read More
Being our second trip to Italy we had already spent a great deal of time at the "tourist" locations. This time around we wanted to make it more adventurous. We planned a hike through an old Etruscan forest, where we were able to explore various tombs (AWESOME!). This hike allowed us to explore a "hidden" (at least from tourists) part of Italy.
Linda & Ron Jackson
Read More
The places we were taken to during the hikes were awesome. We never imagined that such places existed, and we would have never found them on our own. Linda and I still talk about the wonderful food we had while on the trip. Give our regards to your wonderful staff and thank them on our behalf.
Ashley and Pat Holt
Read More
We loved it! We felt immediately welcome; everyone got along. I felt the social structure of the event really enhanced the experience and to be able to absorb these wonderful sites. All that with the gorgeous meals really made a holiday to remember! We will certainly be considering one of your other tours in a couple of years.
Debbie, David & Tyler Willse
Read More
Thank you for the pictures. They are wonderful momentos of our trip to Rome. We had a great time during our visits in Rome and during the hike. Thank you so much for your time and we hope to see you again.

Not sure if Italian adventures is for you? Or just have a question?

Call us via WhatsApp and speak with one of our tour guides or send us a WhatsApp or email message.

Italian adventures organizes tours to experience cultural immersion into Italy and its history by delivering high quality, fully organized, multi-day tours that will bring inspiring stories and adventures to tell at home.